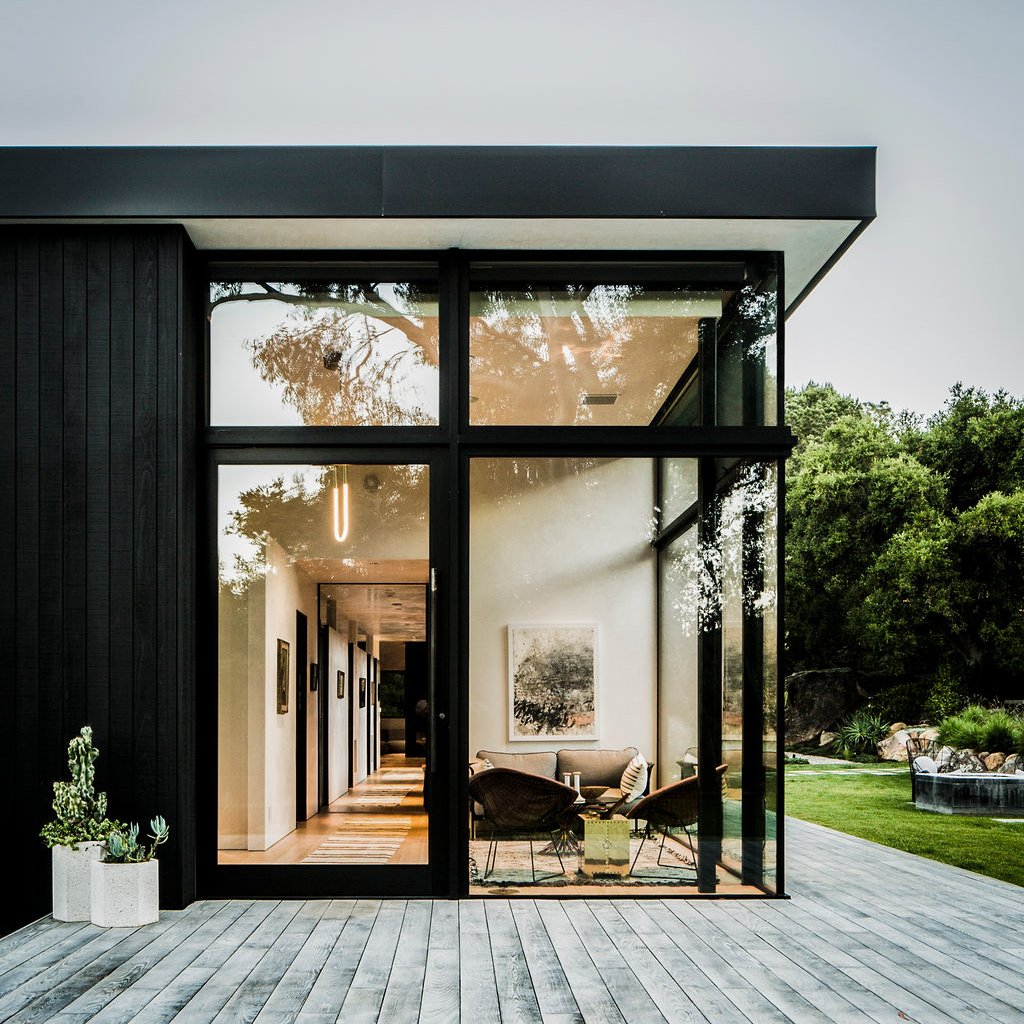 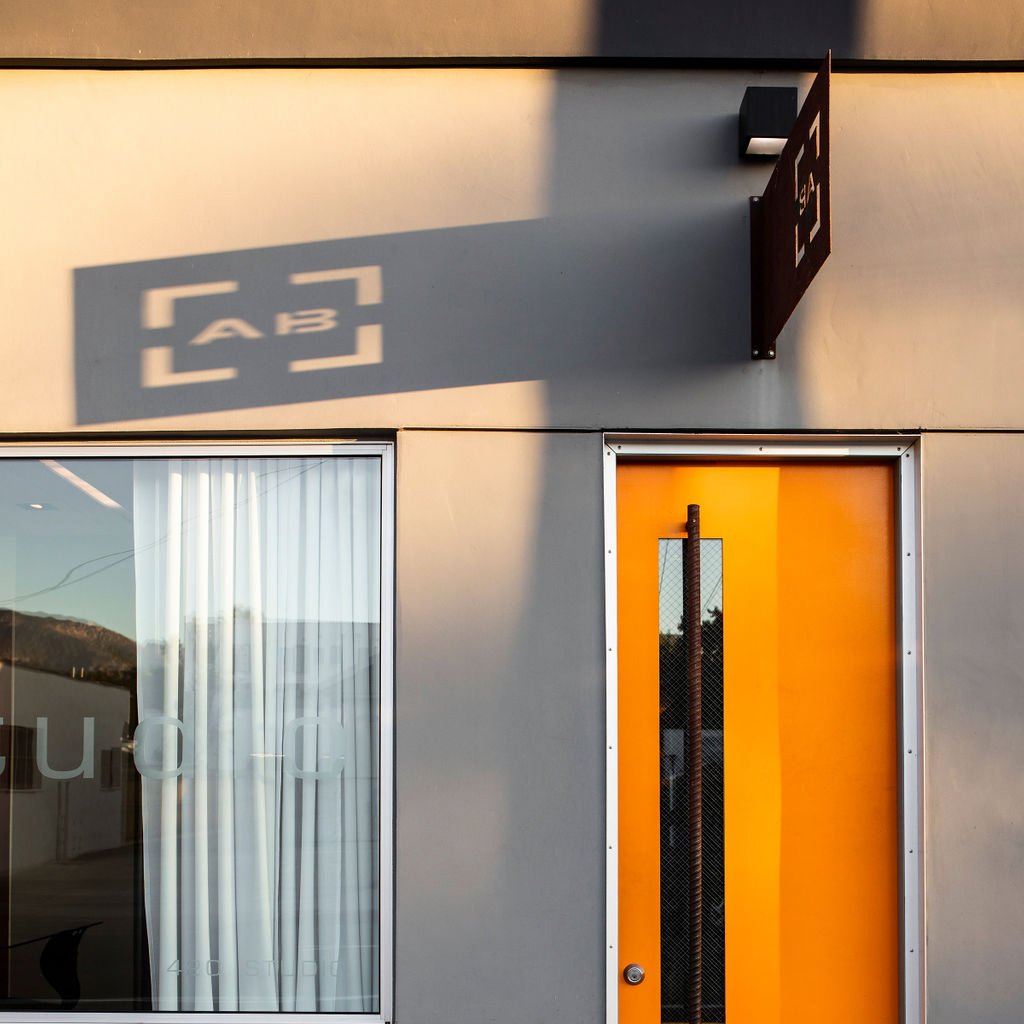 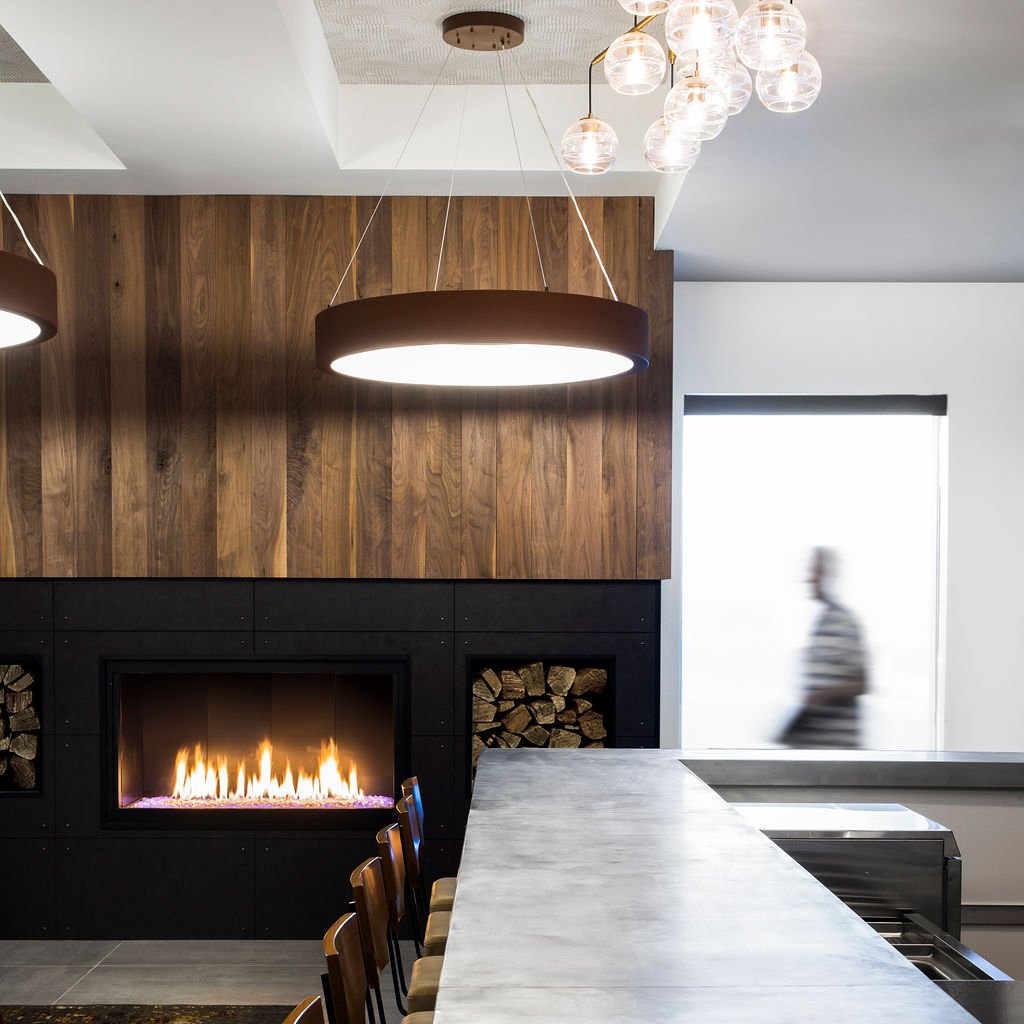 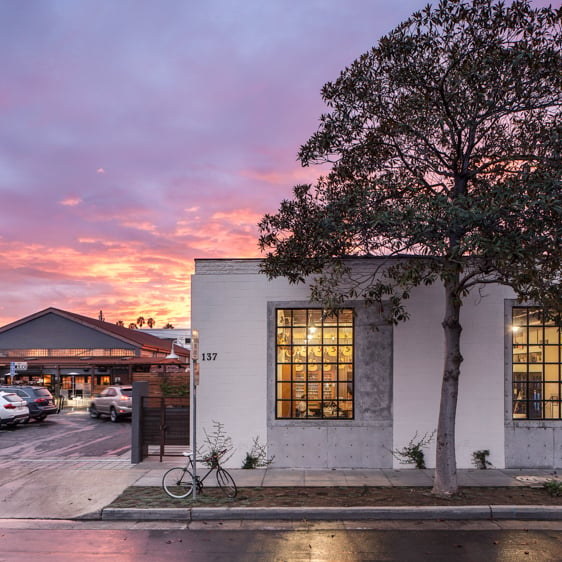 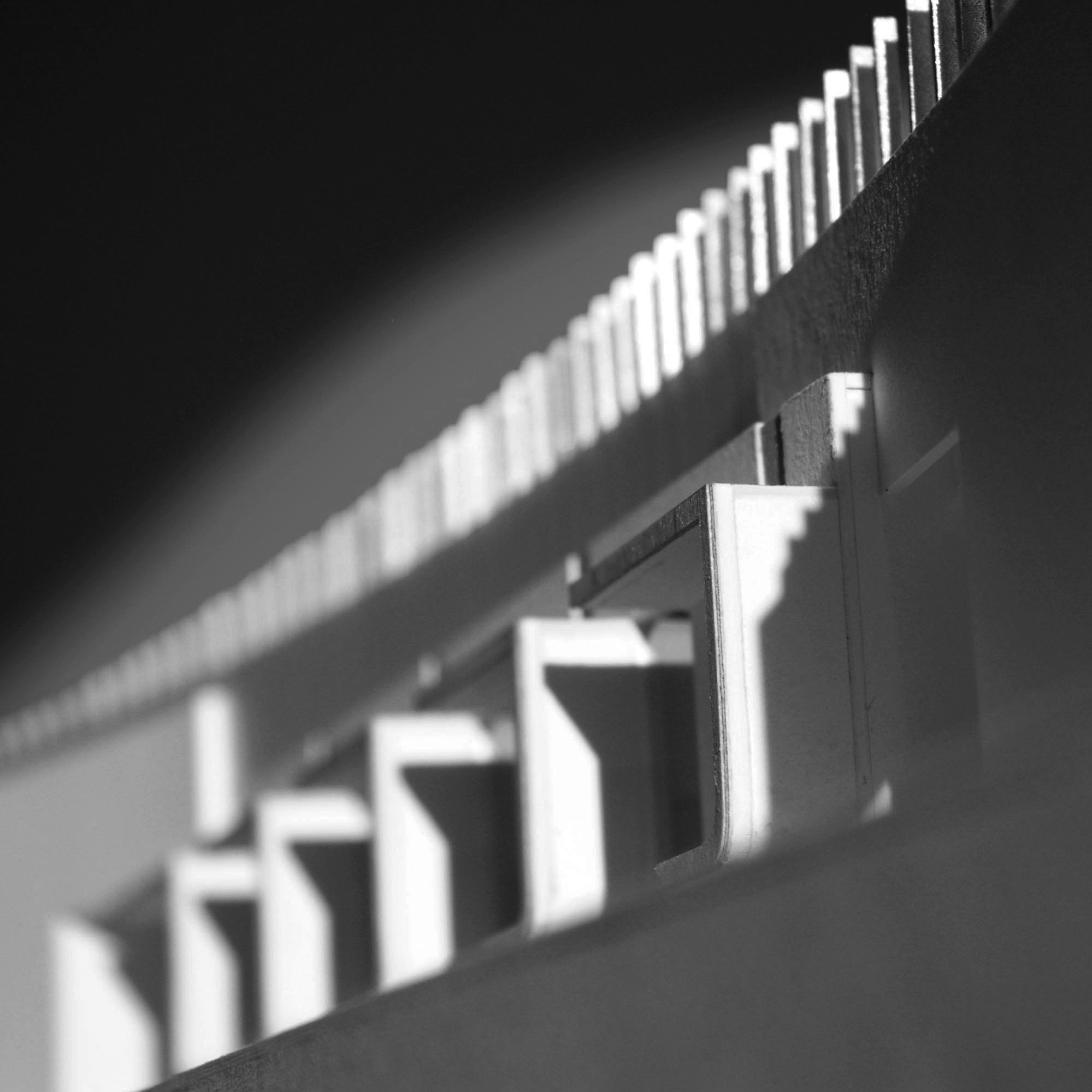 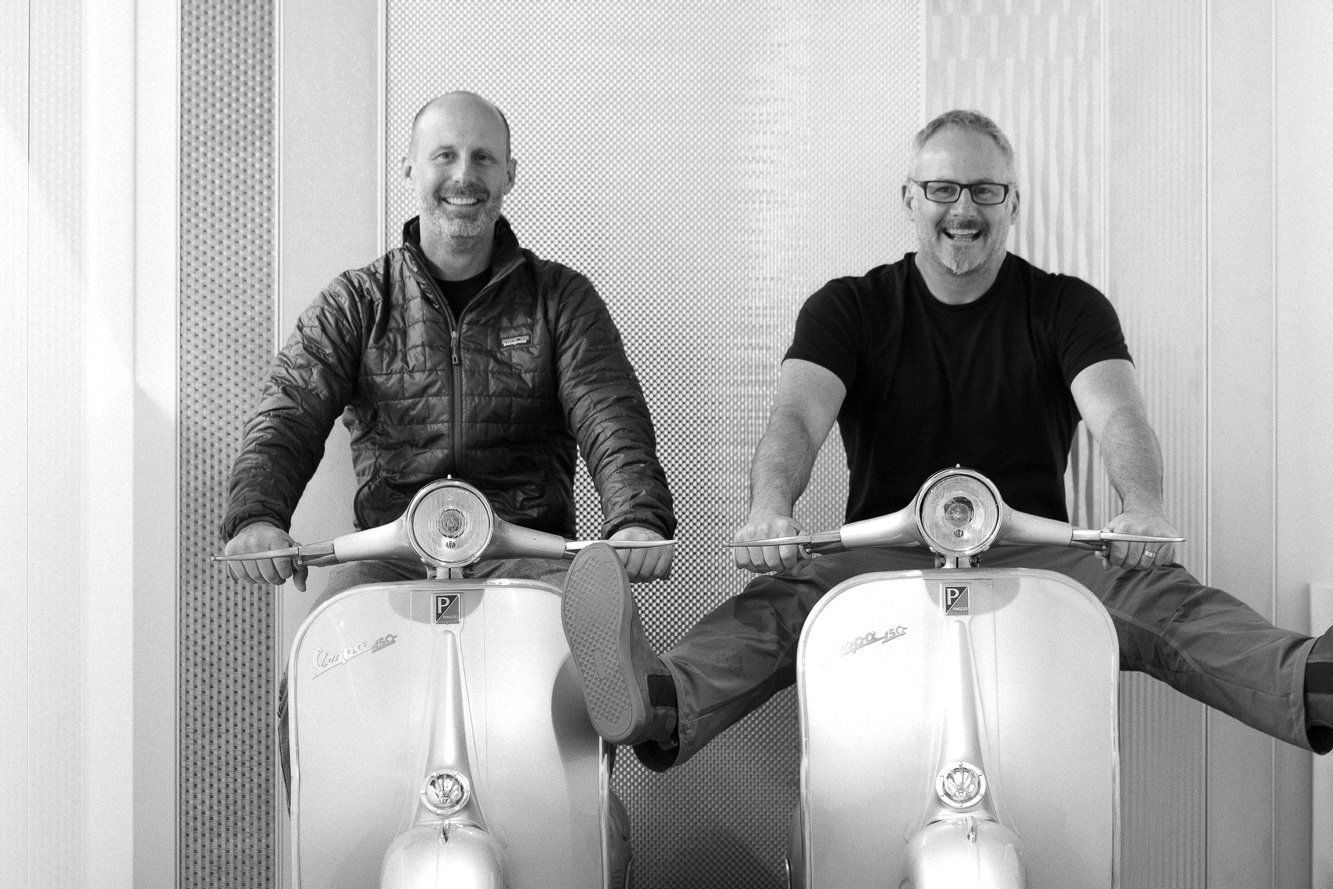 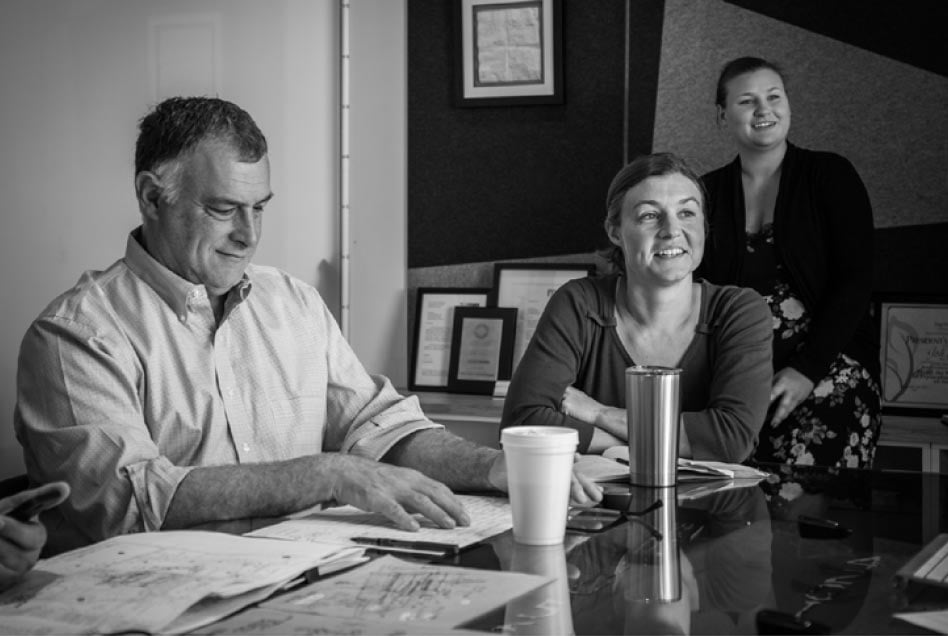 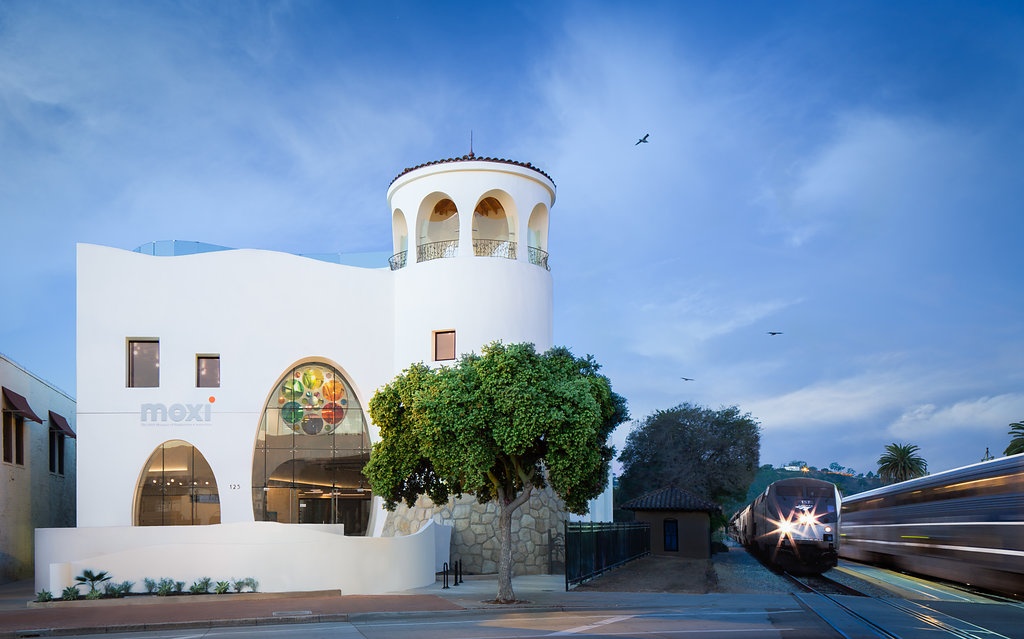 Despite social and cultural changes, exhibits continue to attract crowds.

Are old-fashioned brick-and-mortar museums still relevant in the digital age? Has their role changed? Are museums taking steps to adapt to social and cultural changes? For many museums, the answers are an emphatic “yes.”

“We believe that museums in a physical capacity will always be relevant, although we’ve witnessed their roles significantly transform over the past few decades,” said Andrew Barwick, RA, Senior Associate, Cooper Robertson, New York (cooperrobertson.com).

“It is becoming increasingly critical that museums begin to open up and establish integral relationships with their surrounding communities, rather than operating as cloistered vessels of culture. We often see this manifested as a spatial and programmatic blending between the museum and its surrounding public streetscape. At the recently completed Whitney Museum of American Art in New York City, great effort was made to soften this barrier and allow the public arena to penetrate as deeply into the ground floor as possible. Combined with other flexible plan endeavors, this allows the museum to support a myriad of potential public programming and activities, anchoring it within its surrounding neighborhood of the Meatpacking District,” he said. 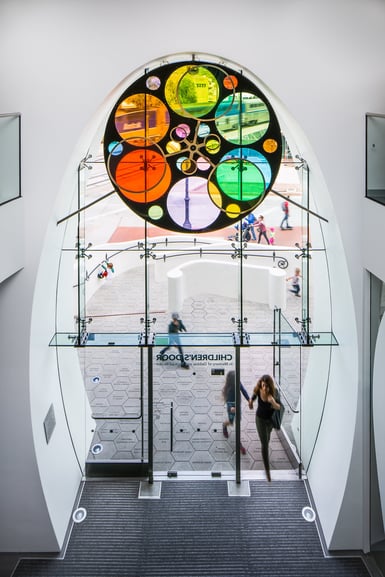 Creating flexible spaces to better engage museum visitors is one of the changes being seen at museums around the country. “With recent museum clients, we are more frequently pursuing flexible spaces and features which support a range of changing educational and social programs and activities. There is also an increasing need for museums to more directly engage with their audiences, which must be supported from both a technological and programming standpoint. This can take the form of interactive electronic media and experiences, as well as spaces which can directly support curricula,” Barwick said.

“In our recent work on the Gateway Arch Museum project in St. Louis, these features are embedded into the design by way of a large map of the United States cast into the terrazzo floor of one of the exhibit spaces,” he explained. “This map serves as a teaching tool by interpretive park rangers as they explain the history of westward expansion to museum visitors and school groups. After experiencing the map, museum visitors proceed through a space populated by large digital-projection screens which portray realistic scenes of westward expansion at life-size scale. In this way, visitors literally inhabit and experience first-hand the history which they learned about via the map, earlier.”

Such continuous transformation and re-invention is essential to the continued viability of museums, according to Barwick, “Regardless of size, contemporary museums have demonstrated a need to continuously transform themselves in order to remain relevant in addressing current issues in whichever cultural arena they are invested in. In smaller museums, there is often greater pressure for flexibility, as spaces must pull double- or triple-duty in terms of programmatic flexibility. This in turn museums be designed with an infrastructure which anticipates future change with regards to layout, requires that lighting, auditory and visual schemes,” he said.

“The Gateway Arch Museum,” he continued, “features a continuous custom-illuminated ceiling system within a large atrium space. The LED lighting within this ceiling is tunable at each bay to allow a nearly infinite array of lighting conditions, which in turn support different types of activities. The floor map actually exists below this ceiling system and is planned to support activities such as catered events, lectures, etc., in addition to educational programming.”

Another change in museums and galleries is a re-evaluation of daylighting, as was the case in Cooper Robertson’s work at the new Whitney Museum.

Historical gallery design minimized daylight, maximized wall surface, and subsequently turned museums and visitor experience inward. When architects did introduce daylight into galleries, it came heavily filtered through skylights or clerestories, according to a white paper by the architectural firm.

Daylighting reduces the need for artificial illumination, allows works to be shown in the full light spectrum for which they were conceived, and accentuates the three-dimensionality of sculpture. Technology and careful analysis enables this new perspective while still preserving safe light levels and environmental conditions for the art. Use of glazing on all of the façades, and not just those facing north, demonstrates the design possibilities catalyzed by technological invention, the paper explains.

The Whitney features glazed surfaces on each side of the façade. To enable the incorporation of this level of glazing, the team employed insulated glass units with warm-edge spacers and clear, low-iron glass with neutral coatings with minimal reflectivity and extortion. A color-neutral PVB UV filtration inter-layer is sandwiched between the glass layers, filtering out in excess of 99% of harmful UV radiation. These measures protect the artwork from damage, provide enough protection on their own except from direct sun, and increase the building’s energy efficiency.

Interior shades throughout the building allow further modulation of daylight during bright times of day. These shades are deployed from the ceiling, covering the windows and doors. Roof-mounted sensors track the sun directly overhead as well as in four compass directions as it moves around the building. In bright sunlight, the shades are released, and on cloudy days or in the evenings, the shades are programmed to let in as much daylight as possible, according to Cooper Robertson. 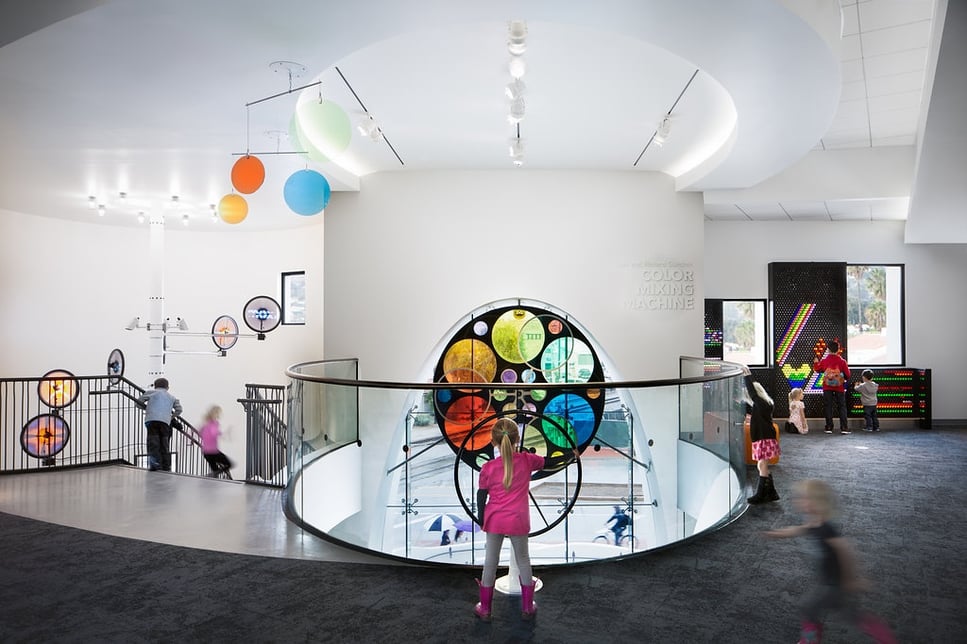 There are approximately 850-million visits each year to American museums, more than the attendance for all major league sporting events and theme parks combined, according to an estimate by the American Alliance of Museums. Clearly, museums will change and adapt with the times, but they won’t be going away any time soon.

Whimsical Museum Focuses On The Interactive

MOXI, The Wolf Museum of Exploration + Innovation, Santa Barbara, CA (moxi.org), promotes the spirit of discovery and creativity within a whimsical, yet rigorously designed building near Santa Barbara’s train station and waterfront. From the exterior, the museum resembles a sandcastle with a playful tower at the corner and a wavy roofline. The initial sandcastle design was by the late architect Barry Berkus, AIA, and served as the basis of the architecture developed by AB Design Studio, Santa Barbara (abdesignstudioinc.com). Deep archways and window openings give the appearance of thick adobe walls. The architecture pays homage to its setting in the city’s El Pueblo Viejo historic district, where the buildings are largely influenced by the white-washed cities of Andalusia in southern Spain. Beyond the arched entranceway, light-filled, open galleries serve as neutral backdrops to kinetic, interactive exhibitions for learning about science, technology, engineering, art, and math (STEAM education) on two adaptable floors and a rooftop sky garden. The outdoor terrace, with access to a lookout at the top of the tower, offers panoramic views of the ocean, city, and mountains.

The sandcastle look of the building had been set years ago for this project, which was conceived in 1990 as a children’s museum. AB Design Studio was challenged to develop a robust structural system for supporting the curved, plastered walls and bringing the playful architecture to life, as well as adapting it to meet sustainability standards. The museum’s shifted focus to science, innovation, and exploration led the architects to a fresh approach on the inside, with clean-lined, gallery-style spaces for the exhibitions, classrooms, theaters for museum programs, and offices for staff.

MOXI is located alongside railroad tracks near the city’s Historic Train Station, at State Street. The museum’s footprint is configured to accommodate an historic signalman’s building next to the tracks that was built as part of the original train-terminal complex. Next door, to the south, is a 1920s whistle-stop hotel renovated by AB Design Studio into the boutique Hotel Indigo, which opened in 2012. The architects designed a passageway between the hotel and the museum to connect the two buildings and allow school groups to queue before entering MOXI.

Massive steelwork was required to frame the building, and ceiling trusses and beams were left exposed in some areas to evidence the museum’s emphasis on technology. LED lighting in coves between the walls and ceilings accents the strong lines of the interior architecture.

Countering this rational structure is the sweeping, curvaceous staircase within the tower. This dramatic element connects the first and second floors, and is designed to evoke sand swirling into the building from the nearby beach. To create the sculptural stairway, the architects used 3D computer modeling to plot the bending shapes; steel-supported sections were fabricated in a warehouse and assembled on site. The stair railing and balustrades are crafted from hand-forged ironwork.

Countering this rational structure is the sweeping, curvaceous staircase within the tower. This dramatic element connects the first and second floors, and is designed to evoke sand swirling into the building from the nearby beach. To create the sculptural stairway, the architects used 3D computer modeling to plot the bending shapes; steel-supported sections were fabricated in a warehouse and assembled on site. The stair railing and balustrades are crafted from hand-forged ironwork.

Each floor is designed to be free of structural columns in order to provide a lofty, open area for the interactive exhibitions, which are grouped according

to different subjects, ranging from sound and light to speed and media arts. The ground level includes a theater, classroom, gift shop, and outdoor courtyard, located at the periphery of the displays.

MOXI is the first LEED Gold-certified museum in Santa Barbara County. The concept of reduce, recycle, and reuse is applied to every part of the building. Green practices are visibly manifested through landscaped concrete planters extending outside the second floor and rooftop terrace, a cistern for collecting rainwater next to the tower, and energy-efficient, structural glass in window and door openings.

Transportation alternatives to the car are promoted by the museum’s proximity to the city’s train station and other destinations within walking distance, along with bike parking stations. State-of-the-art building systems ensure indoor air is the highest quality. Strategically placed, generous windows and a glass floor on the rooftop provide access to daylight and views. A recessed walk-off mat inside the main entrance collects dust and dirt from visitors’ shoes before they enter the museum spaces.

Already documented are some of the museum’s environmental benefits: a 24% improvement of energy savings compared to conventional standards, and a 42% water reduction through highly efficient indoor plumbing fixtures. Nearly 30% of materials are composed of recycled content, including carpet tiles made of fishing nets.

A local stalwart gets an upgrade from AB design studio and SFA Design.